A Deep Dive Into the History of Invoice Financing

Invoicing is not a modern invention. It has been a useful tool for enterprising individuals since the time of the ancients. Merchants needed a tool to keep track of payments owed and to present proof to their customers. The ancients also used forms of invoices to account for agricultural production.

Invoices and invoice financing go hand in hand in modern times. It’s interesting to think about how long this form of financing has existed. Let’s take a look at invoices' history and when the practice of selling invoices for financing began.

The First Invoices from Ancient and Modern Times

Archeologists point to two artifacts being the earliest invoices from ancient times. These are the Cuneiform and the Pylos Tablet invoices.

The Pylos Tablet is a Mycenean Greek document that hails back to 1450 BCE. The tablet kept track of items such as water jugs, bathtubs, oil lamps, and a bottle made of gold. The Tablet organized its data much better than the Cuneiform Invoice.

The first Renaissance invoice is Hieronymus Bosch’s invoice to King Philip of Castile for the painting "The Last Judgment."  Unlike modern invoices, Bosch’s invoice contained a letter to the King with the amount owed written by the margins.

Clearly, invoicing predated even the Roman Empire from which much of our modern culture descended. While the Cuneiform tablet is the oldest recognized invoice in archeology, the Code of Hammurabi of Ancient Mesopotamia is the oldest legal code to specify rules in financing receivables.

However, there is a wealth of information about transferring debts to third parties in the Roman Empire. The earliest law appeared between 150 and 250 BCE, a period when Roman civil law experienced several important changes. One of these is a set of rules that dictated how the creditor could collect on existing debts from a borrower upon maturity date.

The first step to settling debts is for the two parties to appear before a magistrate and formally launched a case. The two parties also agree on a procurator or a cognitor to act as a third-party collector when the case concludes.

The only difference between a cognitor and a procurator is that the former needs to be named while the latter can be designated without any formal procedure. The functions of either the procurator or the cognitor are almost like today’s third-party collection services.

At the time the law created the procedure, there were notable limits to their powers. First, they can only collect on debts once the presiding judge hands down a judgment from the case. At that point, they can become executors of the judgment.

While the judge has not rendered judgment, however, the creditor still has a direct claim over the debt. He could revoke it anytime. The owner’s death could also cancel the debt. When this happens, the assignee loses all claims.

Later Emperors amended existing laws to prevent abuses, and specify non-assignable debts. These are usually debts that have conflicting claims. Later on, civil law also gave assignees the power to skip litigation and collect debts on behalf of the owner upon maturity.

These later revisions to Roman law gave rise to a practice comparable to today’s invoice factoring services. Lenders can now earn commissions by advancing funds for merchants and farmers to facilitate sales and deliveries.

Invoice Factoring From the Middle Ages to 20th Century

The influence of both Roman Catholicism and Islam banned the practice of lending and invoice factoring starting from the 15th century. Religious text from both expressly prohibited the practice of charging high interest on loans.

Jewish people, however, were not religiously bound against lending money to people who do not practice their religion. As a result, Jewish businessmen continued to keep a form of invoice factoring alive from the 15th century to the 18th century. They exercised a monopoly on lending within the next 400 years. This monopoly eventually showed financial institutions the business opportunities of lending.

Non-Jewish financial institutions eventually engaged in invoice financing as early as the 17th century. Most notable of these were English bankers that funded colonial expeditions to the New World between the 1600s and 1700s. These bankers received goods from various continents in exchange for their financial assistance.

Financial institutions started to move away from asset-based loans in the 18th century to the early forms of unsecured debt. However, certain businesses continued to benefit from invoice financing like the textile and garment industries. Textile factories made extensive use of invoices to fund large-scale manufacturing operations from the 19th century to the early 20th century.

The years leading to World War II saw the rise of various debt instruments. For instance, the U.S. government issued war bonds to raise money from businesses and finance the fighting in Europe and the Pacific. War bonds accounted for three-fourths of United States government spending from 1941 until 1945.

Despite this, invoice factoring continued to be the financing of choice for the textile sector throughout the war. Interestingly, other sectors like the transportation industry began to adapt invoice financing as a source of funding after hostilities ceased in 1945. Invoice factoring slowly rose in popularity in the succeeding years as the businesses grappled with high-interest rates and stringent credit checks.

Documents from the Roman Empire indicate that the earliest form of invoice factoring existed roughly 2,000 years ago. However, archeological finds show that invoices themselves dated as far back as the Mesopotamian Era and Sumerian Eras.

Today, invoice factoring remains a viable option for businesses because of its relatively low-interest rates and ease of application. Lenders do not check the credit records of applicants, but the credit history of those that owed them money. Borrowers also don’t suffer the risk of losing the assets pledged as collateral.

Invoice financing represents an ideal source of assistance for small enterprises because of these advantages. Factoring ensures entrepreneurs with fair credit scores of financing for their businesses when the need comes up. 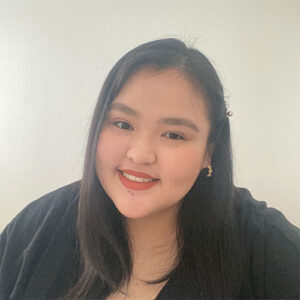 Ezra Neiel Cabrera has a bachelor’s degree in Business Administration with a major in Entrepreneurial Marketing. Over the last 3 years, she has been writing business-centric articles to help small business owners grow and expand. Ezra mainly writes for SMB Compass, but you can find some of her work in All Business, Small Biz Daily, LaunchHouse, Marketing2Business, and Clutch, among others. When she’s not writing, you’ll find her in bed eating cookies and binge-watching Netflix.