History of Women in Business

The entrepreneurial spirit is alive and well in America, as people from all walks of life embrace the possibilities of building their own businesses and succeeding. Female entrepreneurs are well represented in America, but this wasn't always the case. Even today, women can face some unique challenges as they embark on business careers.

Eliza Lucas Pinckney was the first recorded female entrepreneur in the United States. In 1739, Pinckney began working on her family's plantations in South Carolina. Pinckney was the oldest daughter of George Lucas, an upper-class colonist who lived in the Caribbean. When her father sent her to South Carolina, Pinckney became passionate about botany and began focusing on increasing her family's wealth via their plantations. Pinckney worked tirelessly to manage her family's Wappoo Plantation, overseeing the crops and slaves. She conducted experiments with growing indigo in the region and was able to grow the plant successfully with some trial and error. Pinckney was posthumously inducted into the South Carolina Business Hall of Fame in 1989 for her contributions to agriculture in her state.

Although female business owners were not commonplace, women did own businesses in the 17th and 18th centuries. Some women inherited money and land and became business owners this way. Retail shops and taverns were popular businesses for women to own during the 18th century, but these businesses usually didn't have respectable reputations. Women were expected to be frail and gentle, and owning these types of businesses was contrary to the acceptable female traits of the time.

Gradually, societal thinking became more progressive and feminism began to take hold. When women gained the right to vote in 1920, the door opened to other professional pursuits. Women could learn how to manage their money, and female entrepreneurs gained power and influence. An employment agency opened in 1918 that focused on assisting women with finding work. During the Great Depression, some women started their own businesses to survive the economic struggles. World War II was also instrumental in helping more women enter the workforce, as men were serving overseas in the war.

The 1950s were challenging for women due to conflicting messages about the roles women should hold in society. Domestic roles were the focus for women during this time. It was stressful for women to try to juggle both work and personal responsibilities. Some women solved this problem by starting home-based businesses that they could operate while they took care of their families.

During the 1960s and 1970s, increasing divorce rates forced many women into the workforce to provide for their single-parent families. The recession of the 1970s was not kind to women, who were usually the first to be laid off when businesses faced hard times. During the 1980s and 1990s, women finally gained traction as respected business owners and entrepreneurs. Society was willing to accept female entrepreneurs, and people acknowledged women's contributions to society as business owners. Congress passed the Women's Business Ownership Act in 1988, which leveled the playing field and ended lending discrimination against women.

Learn more about the history of women in business by visiting these websites: 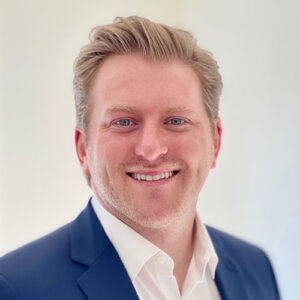 Matthew Gillman is the founder and CEO of SMB Compass, a bespoke business financing company focused on providing financing and education to small businesses across the U.S. The company has provided over $250 million to more than 1,250 businesses. Coming from a family of small business owners sparked Matthew’s passion to not only become an entrepreneur, but also to work with his fellow entrepreneurs to build long-lasting relationships.